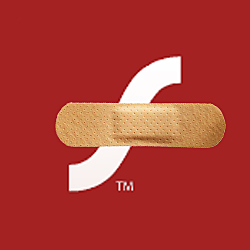 In case you missed it, Adobe Flash has recently encountered a security breach. With over 1 billion Adobe Flash users worldwide it isn’t the platform that can afford to have cyber criminals hack in and torment users to pay ransoms. Without getting too technical, there was a vulnerability in the software that allowed criminals to hack in and scramble individual computers data and threaten to only unscramble the data upon payment of the voice encrypted ransom offer. The ransomware was requesting various amounts from users ranging from US $200-$600 to be paid via digital payment gateways (like Bitcoin). In an attempt to unscramble the disaster, Adobe has sent a Flash Update for the second time in two months and are urging users to update their software versions as soon as possible. If you are yet to encounter the pirates don’t be complacent, as it is still vital that you update your software to ensure you’re protected. The update ensures that the loopholes that the cyber crooks could use as a point of entry (if they find them) are sealed off. This means your computer will no longer be vulnerable. They have aptly named this active exploit ‘zero-day’. If you’re interested in a brief history lesson, what this terms effectively comes from is in the early days of computer game piracy, the day a game was officially released it was able to be stolen via a ‘crack’ in the development. Pirates effectively had ‘zero-days’ to wait in comparison to those who paid for the game. Bragging rights would be up for grabs for the hackers who could crack into the software first. Today, it more simply refers to any cyber crime that exploits security holes in software before the companies who own the software have a chance to patch up the system often resulting in ‘zero-days’ to fix the program before they get hacked. This is something that most hackers try to keep on the down low. They want to get away with the crime for as long as possible and exploit as many of the software users before the software company or federal agencies catch on and a ‘patch’ is released. What this all means for users is that the patches that have been made in the Adobe Flash update are for holes that currently exist and cyber criminals are exploiting right this second and they don’t fix future potential cracks (as they have not been realised yet). This means the update is urgent and you should action immediately. The updated Flash versions are: ● Flash 21.0.0.213 for Windows and OS X. ● Extended Support Release 18.0.0.34321 for Windows and OS X. ● Flash 11.2.202.616 for Linux. You may have been prompted to do an automatic update (this helps Adobe manage network demand) so do accept if you see this alert. Please note that some users may have been protected from the threat if you had adequate security systems in place. If you’re on a managed services agreement or Cloud support program with Cymax you’re already covered as the perimeter defence is keeping you safe and the update is already applied to your system. More information can about the emergency update here – http://www.pcworld.com/article/3053090/security/adobe-fixes-24-vulnerabilities-in-flash-player-including-an-actively-exploited-one.html https://helpx.adobe.com/security/products/flash-player/apsb16-10.html